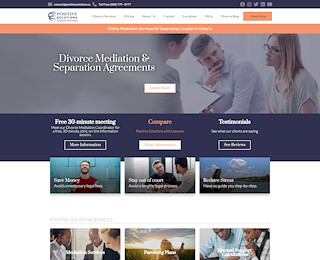 Divorce is the legal dissolving of marriage between a couple, and the process involves a set of procedures that must be followed to break the seal of marriage legally. A lot of factors are responsible for things going sour in marriages or relationships. While divorce is a prevalent way out of marriages, it is NOT the only way out. Separation is also a way out of marriage.

A separation is when two people who have been living together decide to live separately. Separation can occur between legally married couples or common-law couples (couples who live together most times and give birth without making it legal in court).

Differences Between Filing For Divorce And Separation

Firstly, to file for a divorce, you must be legally married, i.e., you and your partner must have been joined by the court and given a certificate to that effect. When a divorce situation arises, the court will then have the power to dissolve the marriage. However, both married and common-law couples can undergo separation. Most times, the whole process does not even involve the court.

Furthermore, going through the divorce process in Ontario means a permanent way out of a marriage. Once the court pronounces a couple divorced, they are no longer married and can go their separate ways and get married to another person if they choose to. However, separation does not end the marriage between married couples, and as a result, a married, separated couple cannot get married to another person.

Five Steps on How to File for Separation in Ontario

1.Decision Making: You have to decide that separation is the next course of action for your relationship. It is advisable to weigh the pros and cons before choosing what is best for you, your relationship, or your marriage. Separation has two possible options; involving the court or handling things without settling matters in court. So you have to decide what option works best for you.

2. Living Apart: According to John P. Schuman’s article on Child and Family Law, Ontario’s Family Law Act explicitly covers how separation works. If you want to involve the court, the first step is living apart. It may or may not be physical separation; it just involves deciding to stop doing things together as a couple. The court will consider factors such as sexual relations between couples, occupying the same bedroom, introducing yourselves formally as a couple, and other details to fully conclude that you can be legally separated. You can make claims for spousal and child support even as married or unmarried couples. However, property management and equal division of property can only occur in a legally married couple.

3. Separation Agreement: It’s possible to get separated without involving the court, all that is required is a unanimous agreement between you and your partner and a separation agreement. The separation agreement is regulated in Ontario, under part IV of the Family Law Act. The agreement gives partners the platform to make their own decisions and settle amicably without necessarily going to court.

4. Hiring Lawyers/ Mediators: To effectively complete a separation agreement, all that is needed is a lawyer that will ensure the proper signing of the contracts by the two partners, as regards division of property and other issues like child support and custody, as long as there is a mutual agreement between the two parties. Apart from Lawyers, Professional Mediators and arbitrators can play a role in ensuring things are well settled and help you and your partner reach a mutual agreement.

5. Divorce: For a final divorce, at least a year of separation is a prerequisite. You can take the further step of filing for divorce, especially if separation is not working for you or your partner. You can also remain separated if the option is satisfactory. If you are wondering, “how can I get a divorce in Ontario?” or “How much does it cost to get a divorce in Ontario?” you can speak to the lawyers that helped with separation.

In conclusion, separation is a viable way out of marriage, and policies have been made in Ontario to support the process fully. Hiring a lawyer’s services with concrete knowledge in Family Law will contribute to the ease of the process. Contact Positive Solutions for the best online mediation services for separating couples in Ontario: (888) 779 – 8777

How To File For Separation In Ontario

Information on this website may contain legal information but is not to be interpreted as legal advice. It is strongly recommended that you obtain Independent Legal Advice (ILA) before signing any documentation arising out of the end of your marriage or common law relationship. 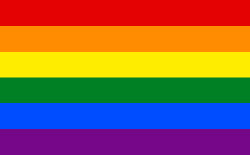